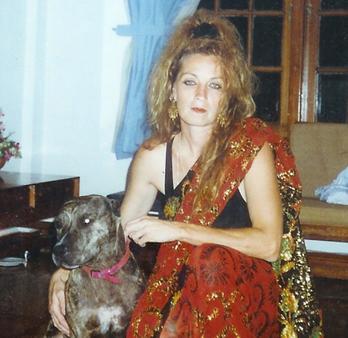 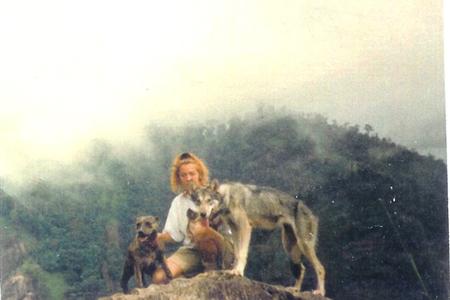 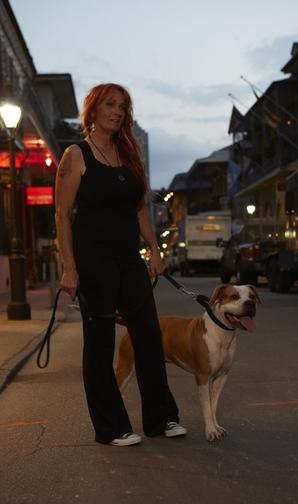 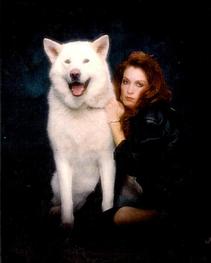 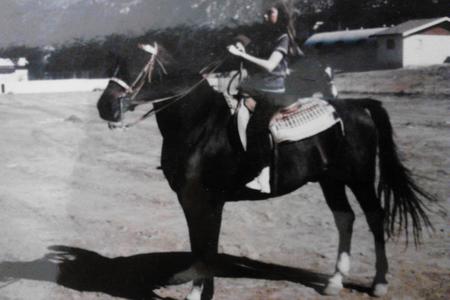 Words cannot describe......well they can but they'll just get bleeped

There is no denying that my life hasn't been "normal".  But like the saying goes..."what doesn't kill you will only make you stronger." Thankfully I still have about 2 more lives to go.  I attribute my determination to that of all the animals I have had the honor of meeting and learning from.  From being "raised by wolves" (literally) to living in the jungles of Sri Lanka, it was the compassion and understanding I received from animals of every size, shape, and species, that made me the human I am today.

My love for animals started like most young girls: with horses. Raised by my step mother who I consider my one and only "mom", the former farm girl shared her passion with me and I became an avid equestrian in every genre of horsemanship.  But it came with a price.  My mom also taught me discipline and very strong morals.  She explained to me that it was a privilege and honor to own any animal as a "pet" and that if I took on this responsibility, they always came first.

So every Christmas was spent, cleaning horse stalls, feeding, exercising, etc...FIRST.  Opening presents and having holiday dinners were put on hold until later in the day.  Our animals were treated like royalty and to this day, I continue this tradition with my own children and our dogs.

As I grew up and moved on and out,  I drifted away from horse life and completely unexpectedly ended up in "a pack"...yes the real kind. One of my absentee relatives dumped his wolf/dog mix on my doorstep because "he wasn't a good guard dog".  In other words, the novelty of owning "White Fang" was over.  It was this magnificent snow white beast of a dog, that took me on a journey that I would never be able to re-pay him for.  My life with wolves began.

Wolfdog mixes were the trend back then and the mix at times could be a disaster.  Not only to the unsuspecting idiot owners (howling, digging up the backyard...ya know..the things wolves do) but for the dogs themselves.  As fast as they were getting purchased, they were getting dumped.  My new found love of "Cujo" (hey I didn't name him), captivated me and I began rescuing these "victims of the myth". It was then that Villalobos Rescue Center was born. The "village of wolves" (Villalobos translation in Spanish) took me on a roller coaster ride to Hell and back...and then back again.

Rescuing "wolf hybrids" (as they were called this back then), gave me more than I bargained for.  I was kicked out of a several locations due to "howling" and the fear of "savage beasts" being next door.  But being mis-judged was something I was starting to get used to.

Years later on a chance visit to our local animal shelter, it was there that I would discover my first Pit Bull..."Tatanka".  She had been confiscated from a double homicide/meth lab/drug deal gone bad, crime scene.  Taking her in would prove, that rescuing "wolves" was a walk in the park compared to what I was about to go through with the most notorious breed of dog in the world.

This was the early 90's and Pit Bulls were THE most hated breed in the country.  Shelters rarely adopted them out and opted to "put them to sleep."  So saying it was an uphill battle to rescue these dogs, was putting it mildly.  Between the wolf hybrids and the Pit Bulls, life at Villalobos was tough.  But for this country girl, tough ain't nothing but a word.

Taking yet another chance, I hired a young man who was recently released from prison.  He would prove to be the start of something very big for Villalobos Rescue Center.  Having a parolee on board just added to the stigma of owning Pit Bulls and Wolves.  But that was par for my course: always living on the edge and doing things to get a rise out of people.  My efforts did not go un-noticed.

A well known magazine in Los Angeles heard about my "program" and wrote an article about the hard yet rewarding work that we did.  In 2007, I/we were voted one of the "Most Important People of Los Angeles.  It was then that our lives took a very unexpected turn.

​Production companies began contacting us about doing a reality show.  My first reaction was "fuck off, I have no interest".  But times were getting harder for our non-profit and donations were starting to become more scarce.  Hunger would eventually win out over my pride and I gave in to the idea of documenting our lives on national television.  "Pit Bulls & Parolees" was born under the protective arms of Animal Planet.

We are extremely grateful for what we've acquired through having a successful and REAL reality show.  Now in our 18th season, we have been able to survive and save more dogs than ever before.  But what is also so important is that we've been able to show that being the "underdog" is all about being strong, resilient, tenacious, loyal and yet forgiving.  Wait a minute.....I think I just described some of the greatest dogs in my life.